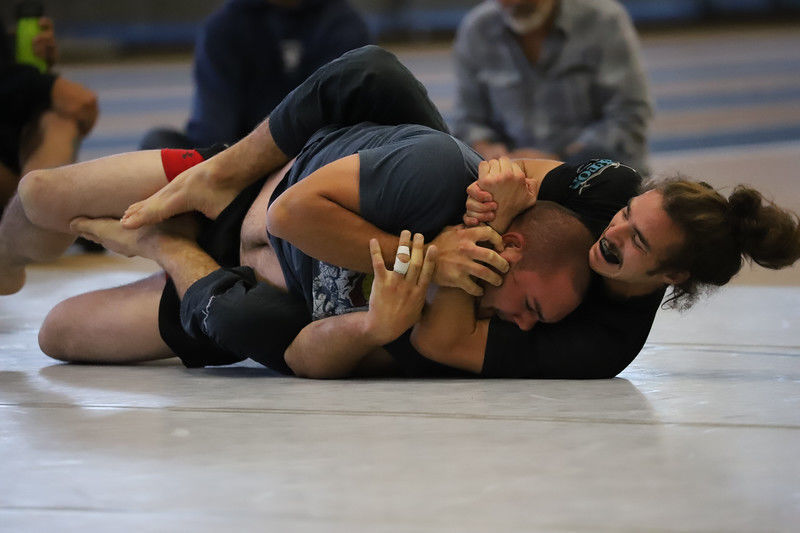 Nate Tilley, at right, works his competitor into a submission hold during a Brazilian jiu-jitsu competition in Gillette, Wyo. 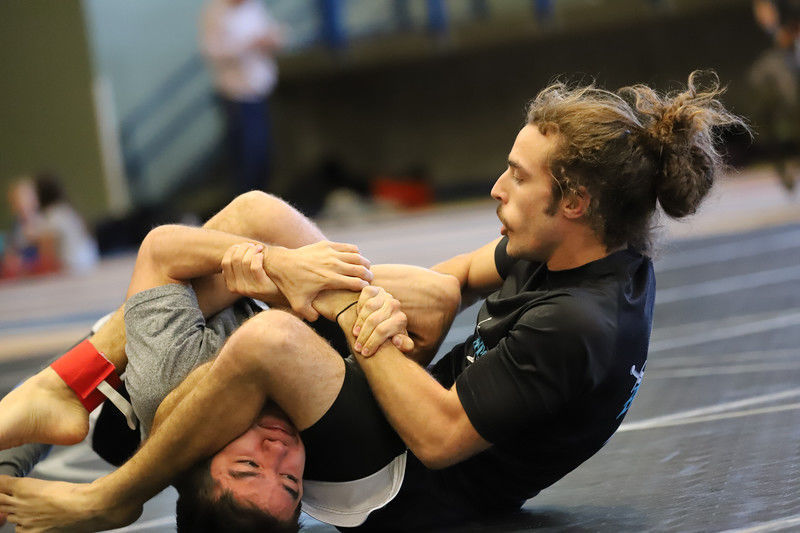 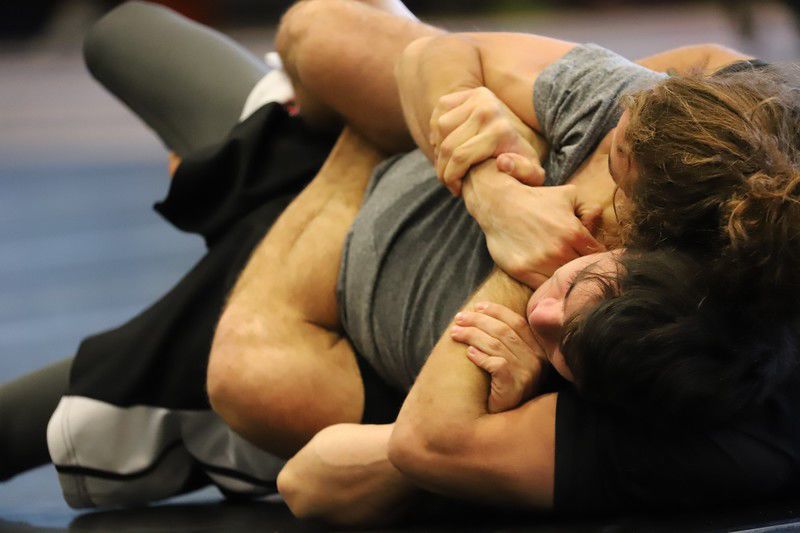 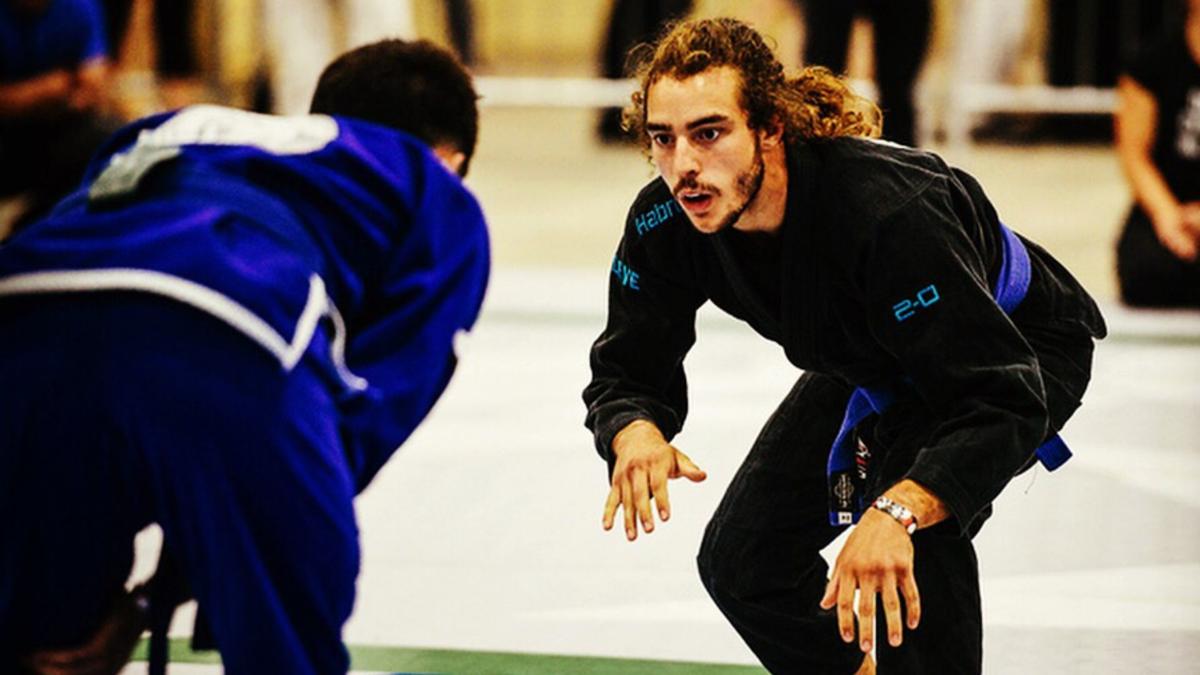 Nate Tilley prepares to begin competition in Brazilian jiu-jitsu during a match in Colorado. 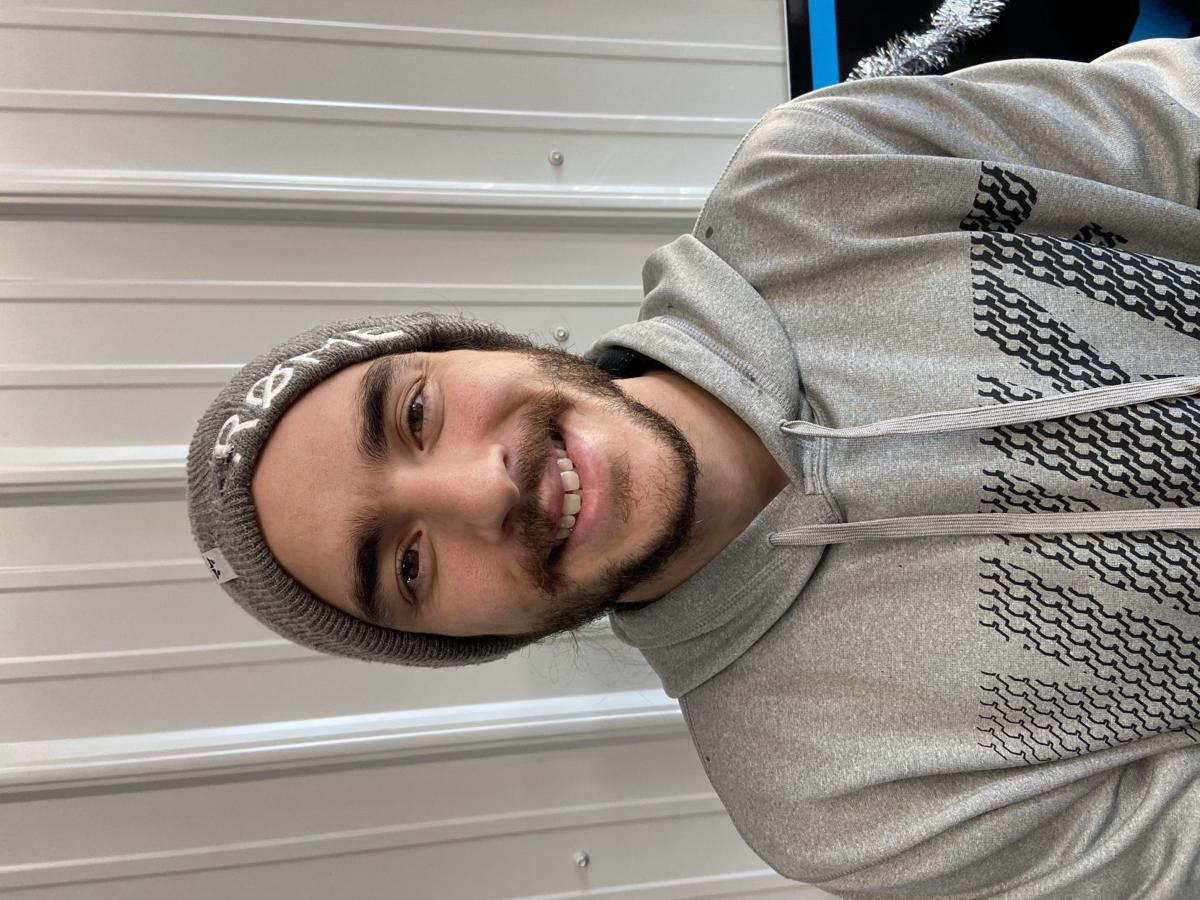 SPEARFISH | From a troubled teen in Rapid City to a world-class martial artist, Nate Tilley is ready to tackle his next challenge — the International Brazilian Jiu-Jitsu Federation's World No-Gi Championships in Anaheim, Calif.

Tilley, 22, boarded a plane Wednesday morning at Rapid City Regional Airport to compete against fighters from across the world in the Blue Light-Feather division.

"This is a single-elimination tournament, so the stakes are high, but I am ready for the challenge," Tilley said Tuesday.

Originally from Rapid City, Tilley moved to Spearfish in 2017. As a child, Tilley said he started dabbling a bit in Japanese martial arts.

"Those experiences were okay, but not really what I was looking for," he said.

Tilley said as he grew older he wanted to play other sports like basketball or football, but had confidence issues because of his size and bullying. During his time at the Douglas School District, his interest turned to wrestling.

"I thought to myself, if wrestling would help me defend myself that would be good," Tilley said. "I never had much success at wrestling, though. My success was deflated because of my self-confidence. But for four years, I was able to train my muscles to get to that point."

Tilley wrestled at Douglas through his junior year of high school, before moving to Central High School in Rapid City.

"I didn't wrestle at Central because I got mixed up with the wrong crowd and I was really into skateboarding, partying, hanging out with friends, getting into trouble and living that lifestyle," Tilley said. "It really started catching up to me and I had to make a choice. I had some really tough experiences and hit rock bottom, so I decided I was going to stop that stuff and stop hanging out with those friends."

After making the choice to change his life, Tilley began working out at the gym with weightlifting and hitting the heavy bag, and training on it.

"I was pretty bad at hitting the bag, but to my luck there was a professional MMA fighter who worked at the gym," Tilley said.

"He started to give me lessons and train me," Tilley said. "Since I was coming off such a hard time in my life, I wanted to prove to myself what I was capable of and I told him if he could find me an MMA fight, I would be willing to get in the cage."

Tilley said he had no business being in an MMA fight because of his lack of experience, but he wanted to prove to himself that he could do it. Tilley moved to Spearfish and was commuting back and forth to Rapid City for MMA training.

"I ended up winning the fight as the underdog, and that night at the MMA fight, I met the owner of Spearfish Martial Arts, Jordan Thomas," Tilley said. "He invited me to Brazilian jiu-jitsu and I really wasn't super interested at the time. I was set on MMA, but after going to that gym it was a life changer."

"After all the submission holds they would put me in, I made the decision to sign up for a year because Brazilian jiu-jitsu was exciting and really something I could get behind," Tilley said.

As he learned more of the techniques, Tilley said he fell in love with the sport and began training even harder. He even became a youth coach.

Tilley won a couple of silver medals and earned his blue belt after just one year.

In June 2019, on very little money, Tilley went to the national tournament in Las Vegas.

"It was a last-minute leap of faith," Tilley said.

That leap paid off, after he got second place in his division for No-Gi. Following his success at nationals, he went on to make the decision to train for the world championship.

"I couldn't do it without the support of my community here in Spearfish and the support I got from all the businesses and individuals who are sponsoring me," Tilley said. "It really feels good to have that support."

After his troubled youth and the decisions he made that caused those troubles, Tilley said the focus on jiu-jitsu has grounded him in that confidence he didn't use to have.

"I am focusing to be in the present moment, not on those past mistakes," Tilley said. "Making it this far to international competition is incredibly humbling and empowering. It has changed my life, and I am thankful for those who guided me through this."

Tilley will return to Spearfish on Sunday following the competition this week in Anaheim.

Whitewood coming out of the shadows

Nate Tilley, at right, works his competitor into a submission hold during a Brazilian jiu-jitsu competition in Gillette, Wyo.

Nate Tilley prepares to begin competition in Brazilian jiu-jitsu during a match in Colorado.